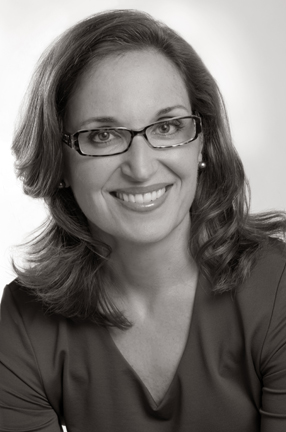 Theresa Alfaro-Velcamp has been Professor of History at Sonoma State University (SSU), and an Honorary Research Associate in the Centre of Criminology, Faculty of Law at the University of Cape Town (UCT), South Africa. She completed her M.Phil. in Human Rights Law in 2015 from UCT.

Dr. Alfaro-Velcamp has begun a new book project on African refugees in South Africa conducting interviews, studying case law, and volunteering with an NGO-based in Cape Town. The project is an extension of her research on immigrant access to health and emergency care, immigrant documents, and Global South governance. Dr. Alfaro-Velcamp’s advocacy for immigrant and refugee rights stems from her comparative work on migration and citizenship in Mexico and the United States. Dr. Alfaro-Velcamp’s first book drew on her experiences in the private sector in articulating a social history as it relates to business investment, politics, and the acquisition of power across cultures. She authored So Far from Allah, So Close to Mexico: Middle Eastern immigrants in Modern Mexico (2007) based on analyzing 8,000 immigrant registration cards, interviews and archival research in Mexico, the United States, and Lebanon. She has also researched Muslim communities in the Americas, and written about the Arab and Jewish populations in Latin America. With funding from El Cólegio de México’s PIERAN, Dr. Alfaro-Velcamp published in 2016 Migración y ciudadanía: construyendo naciones en América del Norte. She has also published over 16 peer-reviewed articles and book chapters in historical, legal, public health, and cultural studies journals, and given interviews to Al Jazeera, BBC, and NPR about her research.

•Dr. Alfaro-Velcamp has volunteered at the UCT Refugee Rights Clinic and the International Rescue Committee. She was a Legislative Ambassador for the American Cancer Society (ACS), and has advocated for cancer research.  She was invited to join the ACS Access To Care Team to help educate and advocate for affordable healthcare.

•Dr. Alfaro-Velcamp holds a Ph.D. in History and an M.A. in Latin American Studies from Georgetown University. She earned an M.Phil. in Human Rights Law from the Faculty of Law at the University of Cape Town, South Africa, and an M.Sc. in Comparative Politics at the London School of Economics and Political Science. Dr. Alfaro-Velcamp has lived in Mexico City, Santiago (Chile), Bradford (U.K.), and taught world history at Lincoln University College in Buenos Aires, Argentina.

•  Dr. Alfaro-Velcamp was an Alwaleed Visiting Scholar at Harvard University in 2015-2016. She was an International Trade Consultant for Motorola in Washington, D.C., and also worked in Government Affairs for Texas Instruments and for National Semiconductor.

•Dr. Alfaro-Velcamp was chosen “Faculty Member of the Year” by the Mexican Student Association (MEChA) in 2004.